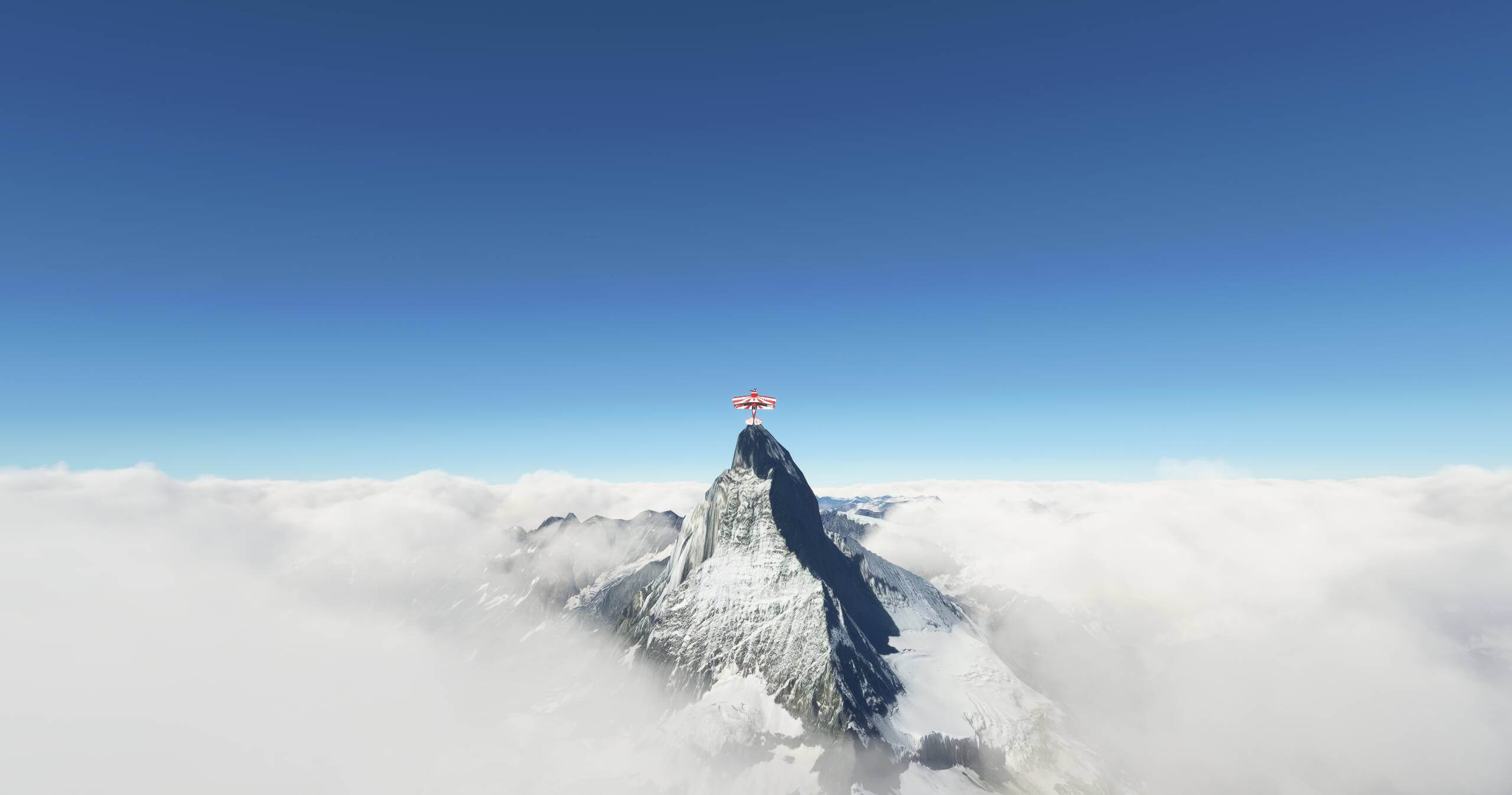 In order to ensure that World Update 6 reaches a very high level of quality, we have decided to move back the release date to September 7th. We are very excited about this update as it features many enhancements to the region, including new aerials and elevation maps, new photogrammetry cities, 4 hand-crafted airports , nearly 100 POIs and new discovery flights, landing challenges, and bush trips. It’s a ton of content and we want to make sure that it will be great. In the meantime, here are some highlights from the World Update 6 release notes:

-Several crashes have been fixed across the title

-“Offscreen terrain pre caching” graphics settings has been added (Low, Medium, High and Ultra). If set to Ultra, all the offscreen terrain will be cached at full quality which will reduce FPS drops and LOD popping when panning the camera but may impact overall performance
-Maximum photogrammetry draw distance has been further increased. As a result, photogrammetry of downtown building areas will be visible from farther away
-Cities at night are now more visible on the World map

-The title no longer crashes when quitting the sim in VR
-Various tutorial fixes: briefs and debriefs are properly displayed, players can complete all the objectives in VR now

Full release notes will be released with the update on September 7th. 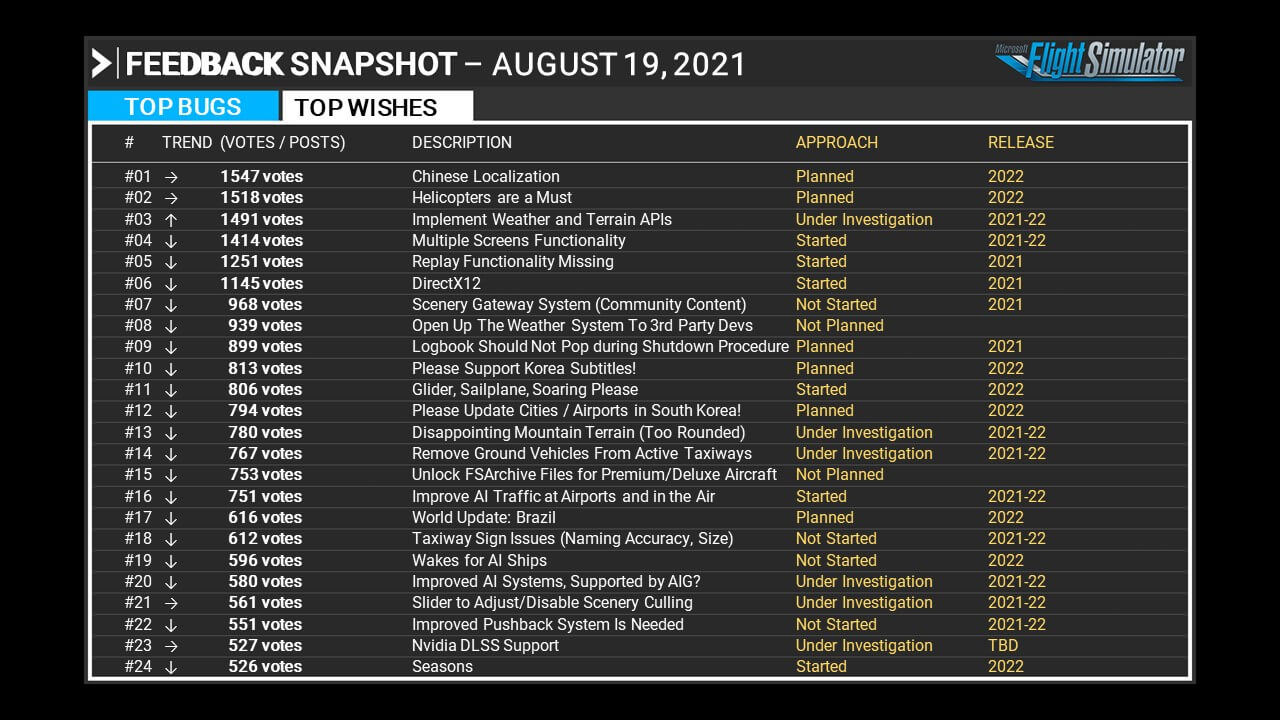 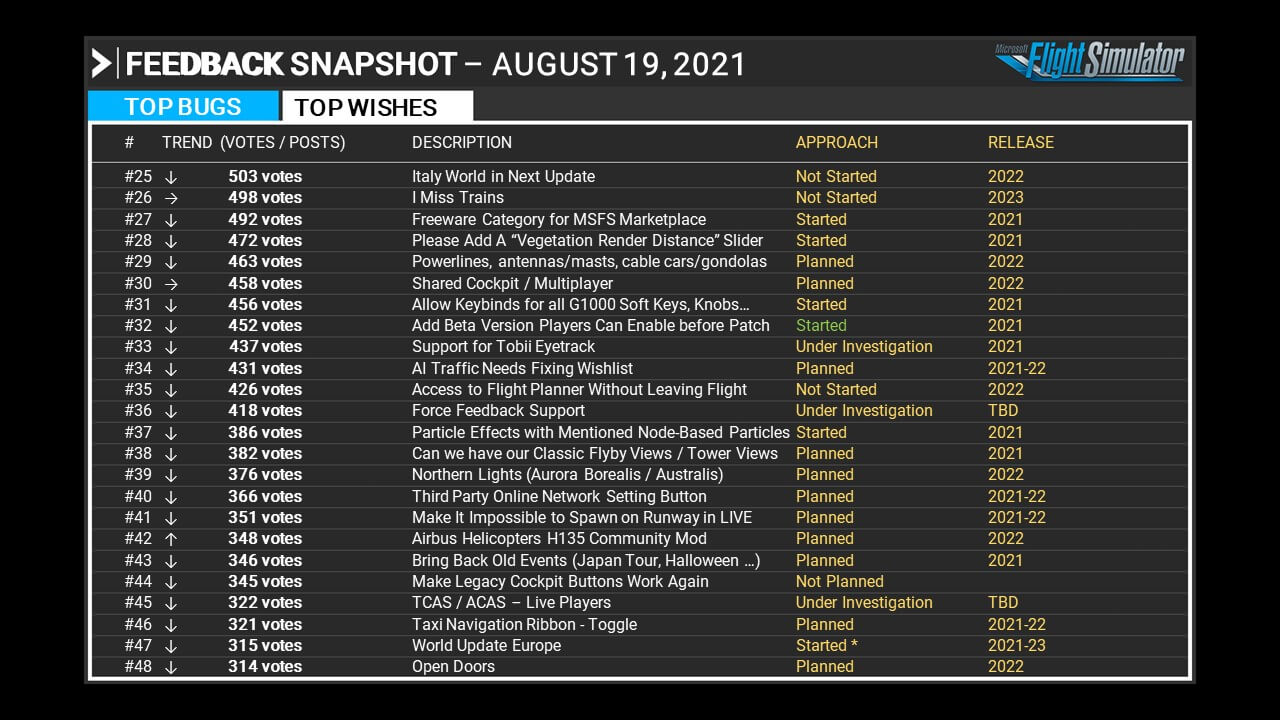 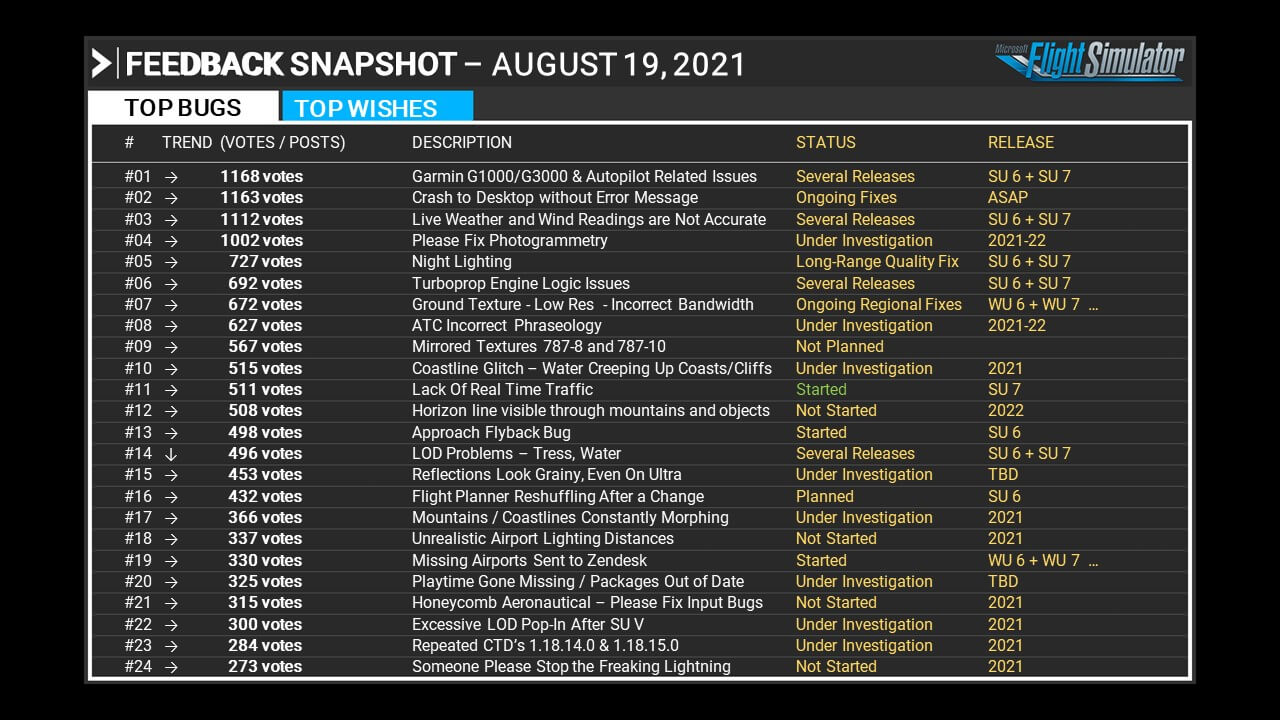 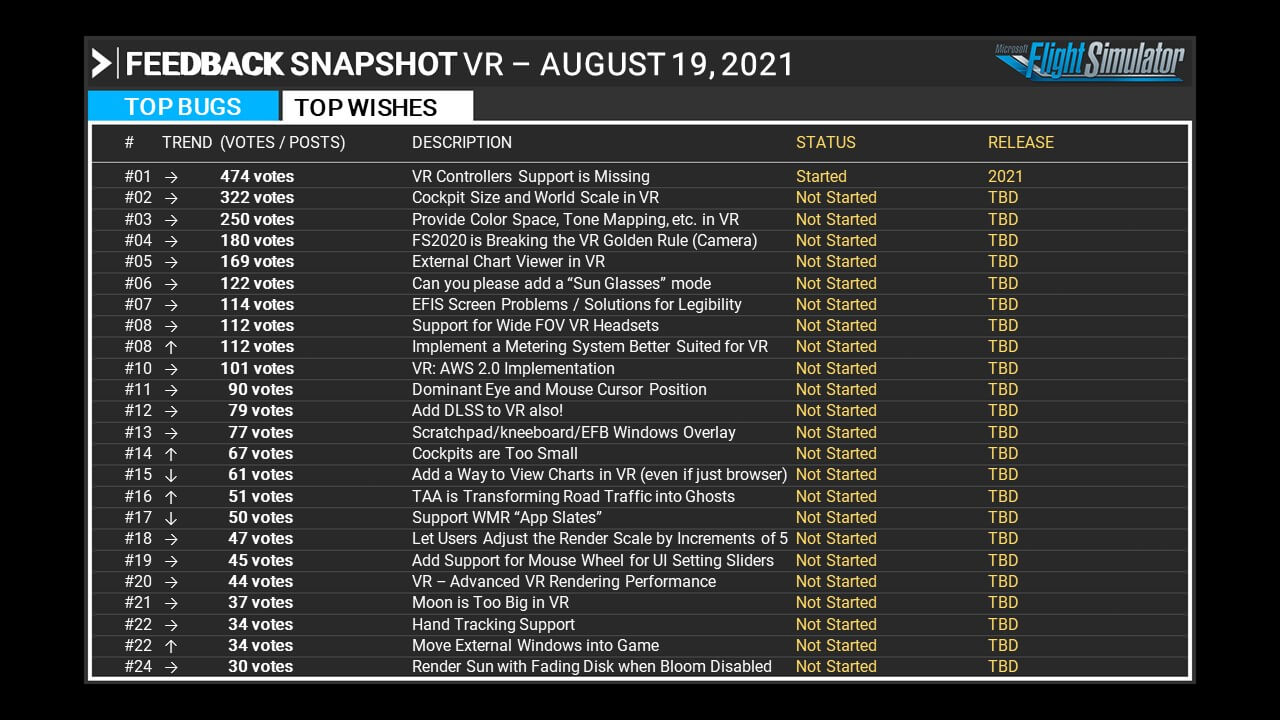 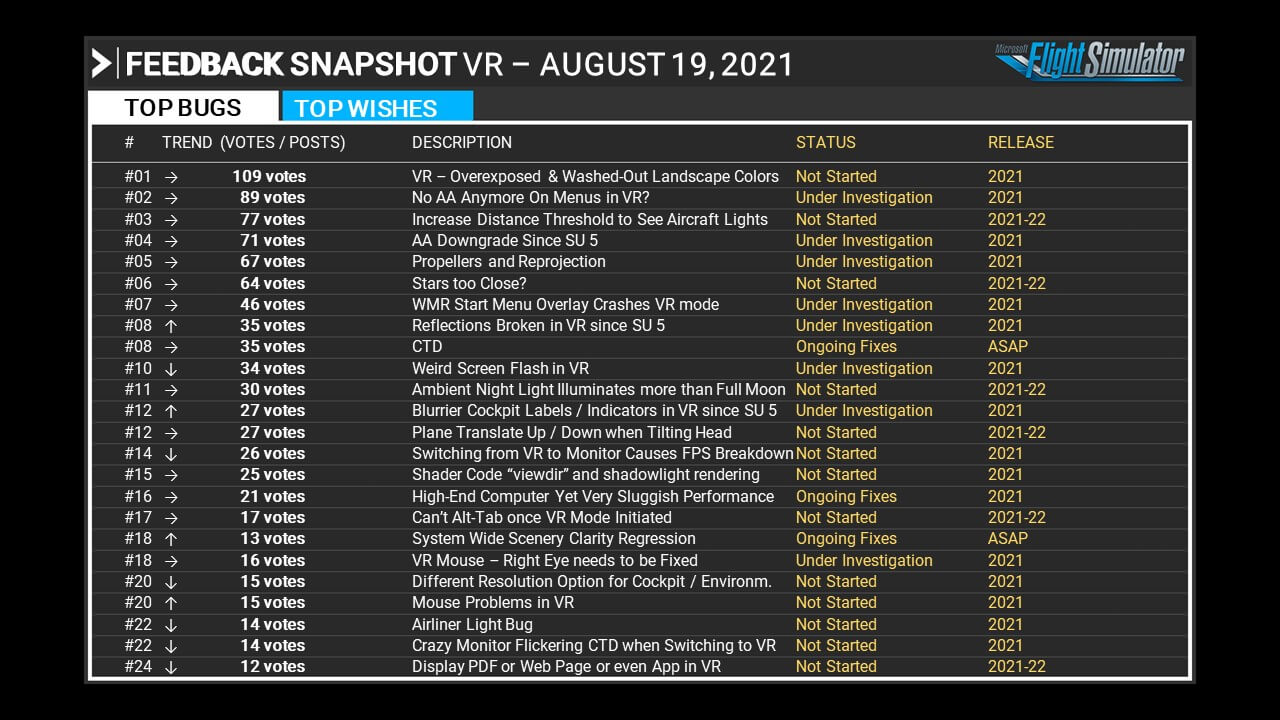 Join us for a community fly-in to celebrate 1-year of our PC release with a flight to Asobo Studio. Click here for more details.

For the one year anniversary of our launch on PC, we can’t think of a better video to share with you than this documentary about the creation of Microsoft Flight Simulator from Noclip. Go behind the scenes and learn how the teams at Microsoft and Asobo Studio brought together various technologies including Bing Maps, AI machine learning, and Azure Cloud Services to build a faithful 1:1 scale digital replica of our world. 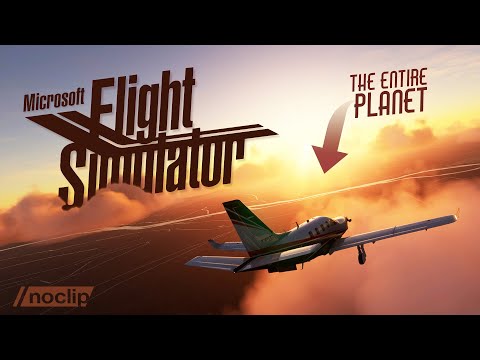 As described in the Noclip documentary, in 2015 Microsoft and Asobo collaborated on an augmented reality project for HoloLens where users could virtually visit a few well-known landmarks. Inspired by the success of that project, the team then wondered if they could expand the scope to the entire planet. From that idea, Microsoft Flight Simulator was born. One of the virtual locations created for the HoloLens project was Machu Picchu, a UNESCO World Heritage Site located high in the Peruvian Andes. Modder MSFSItalia has created a freeware scenery add-on for Machu Picchu. You can download it from flightsim.to at this link. 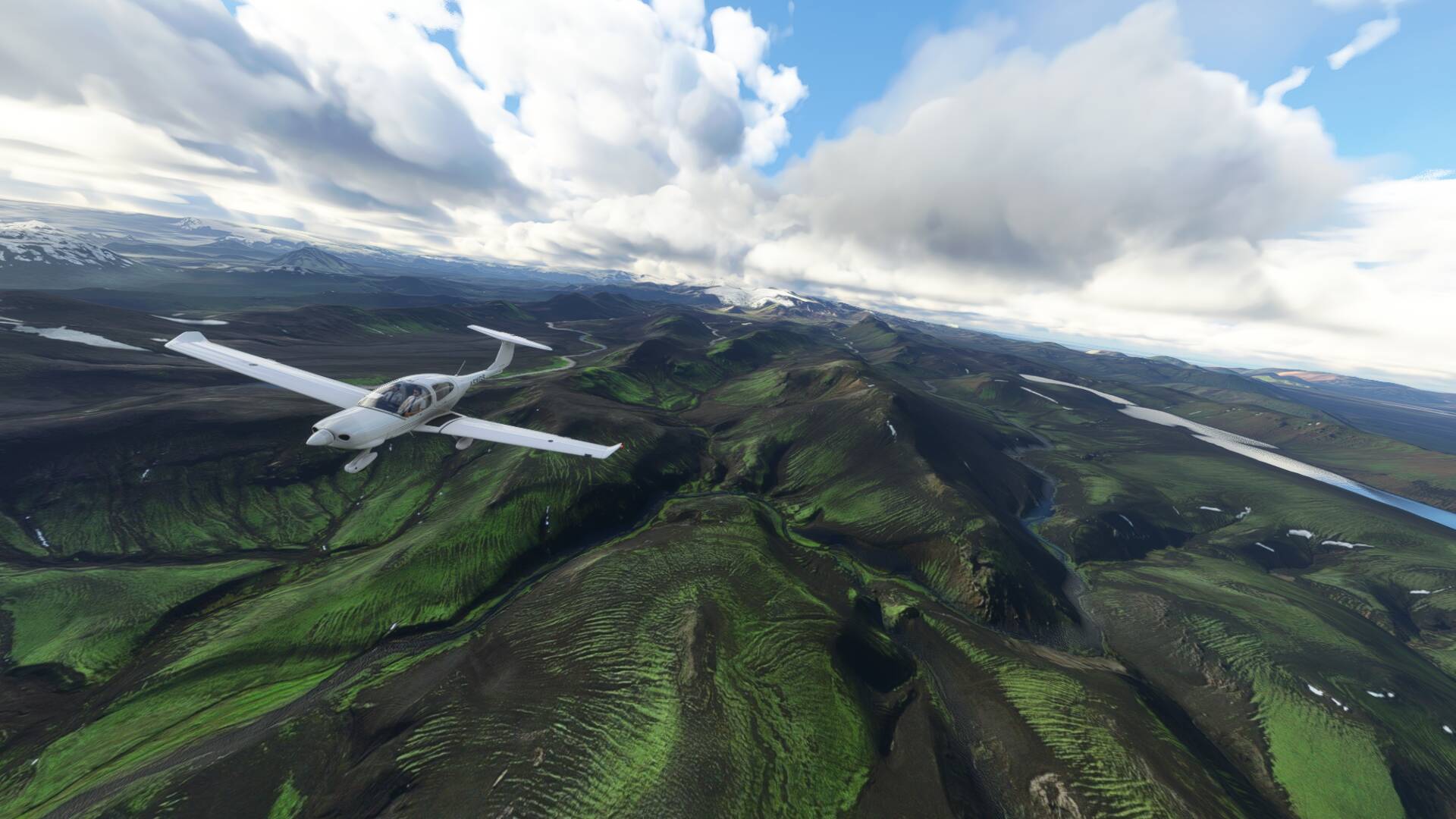 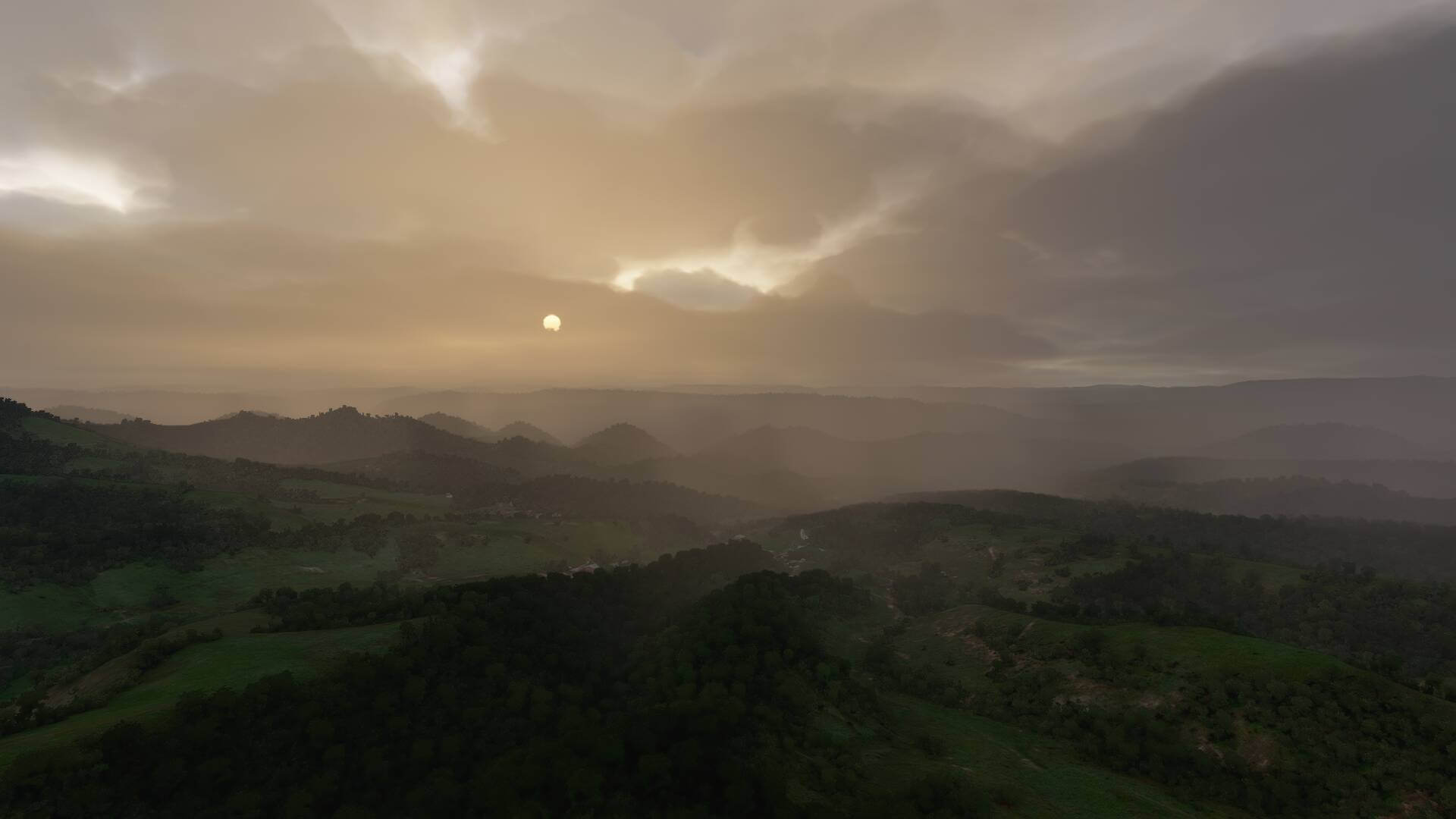 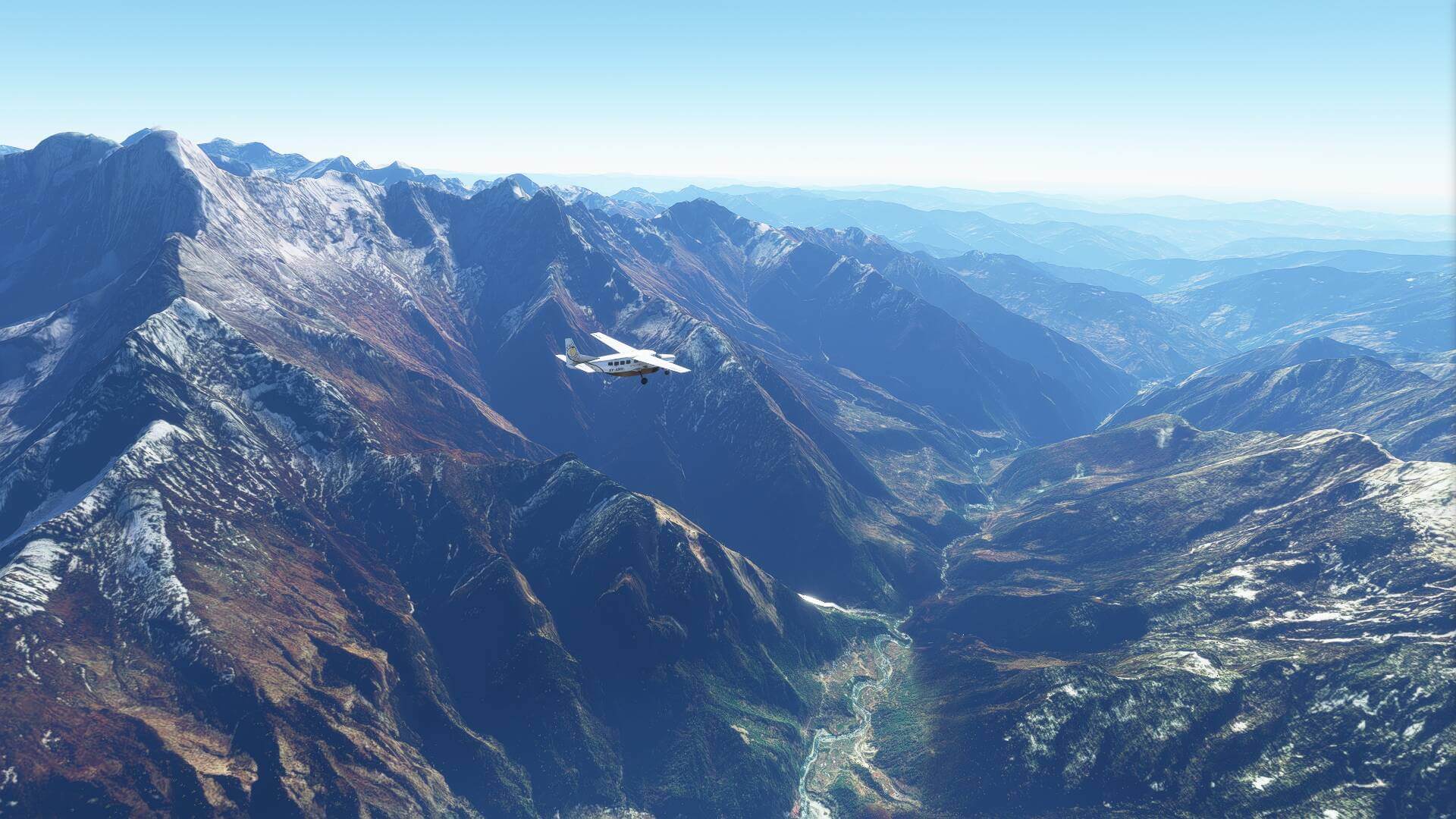 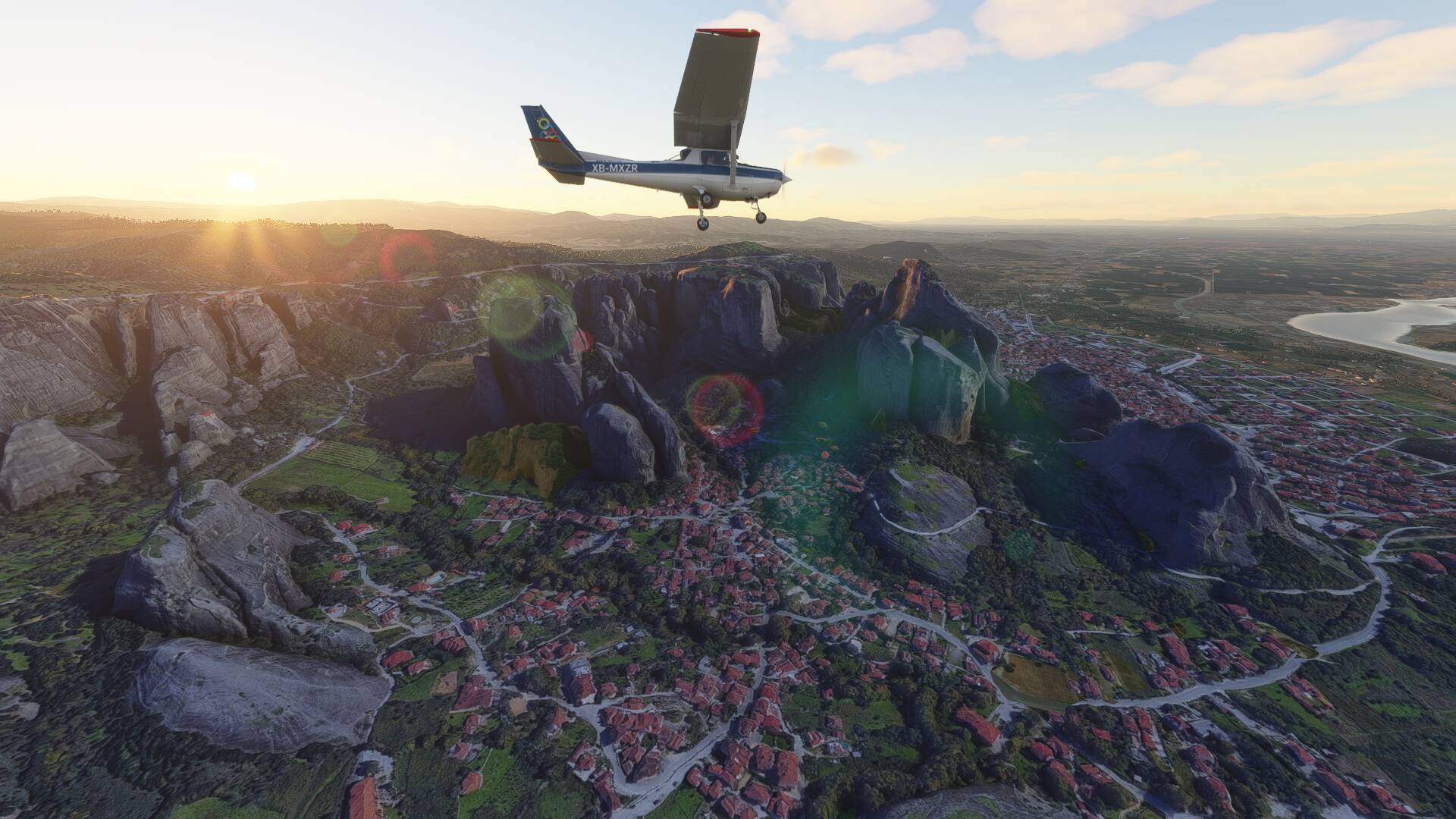 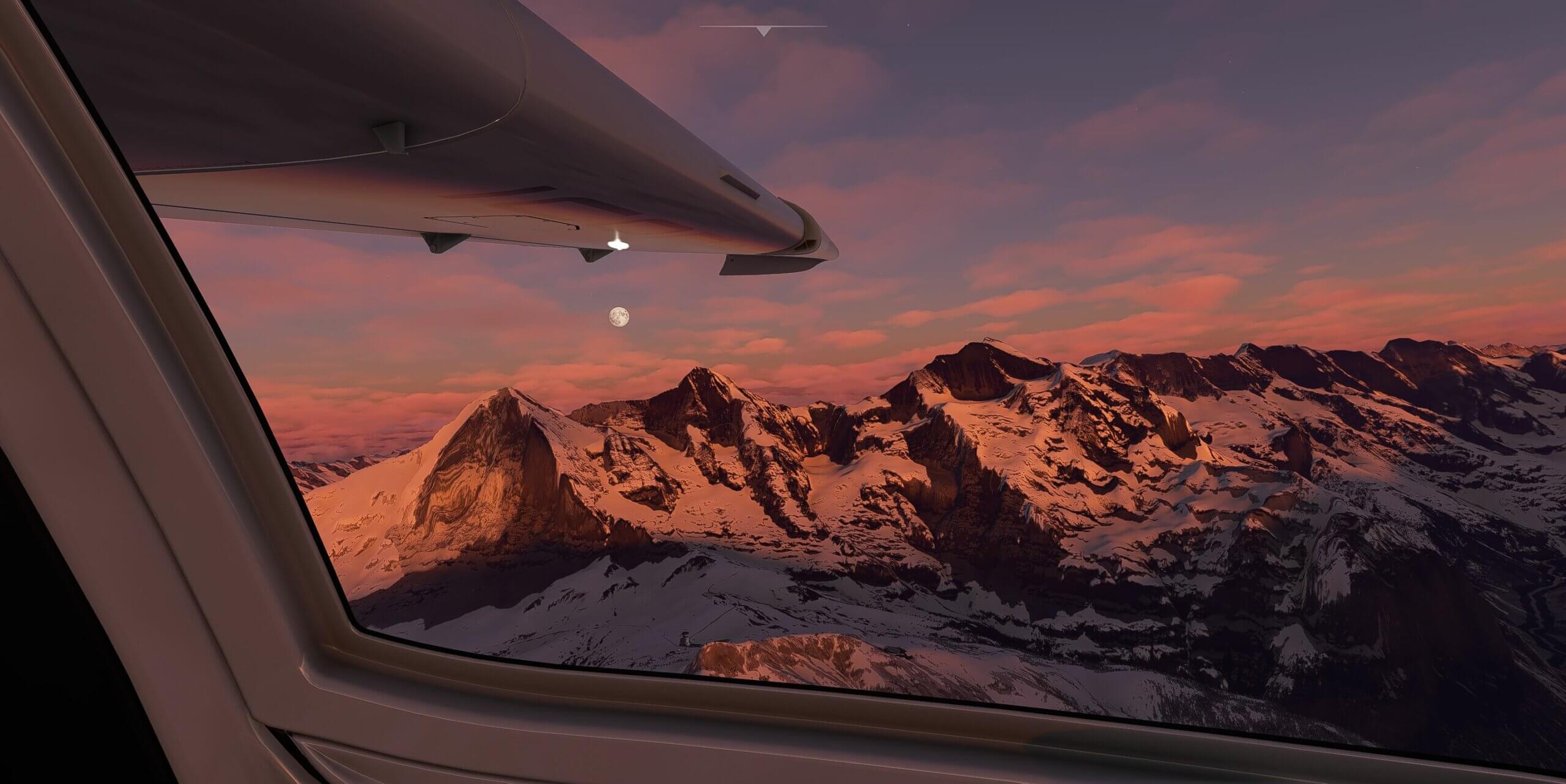 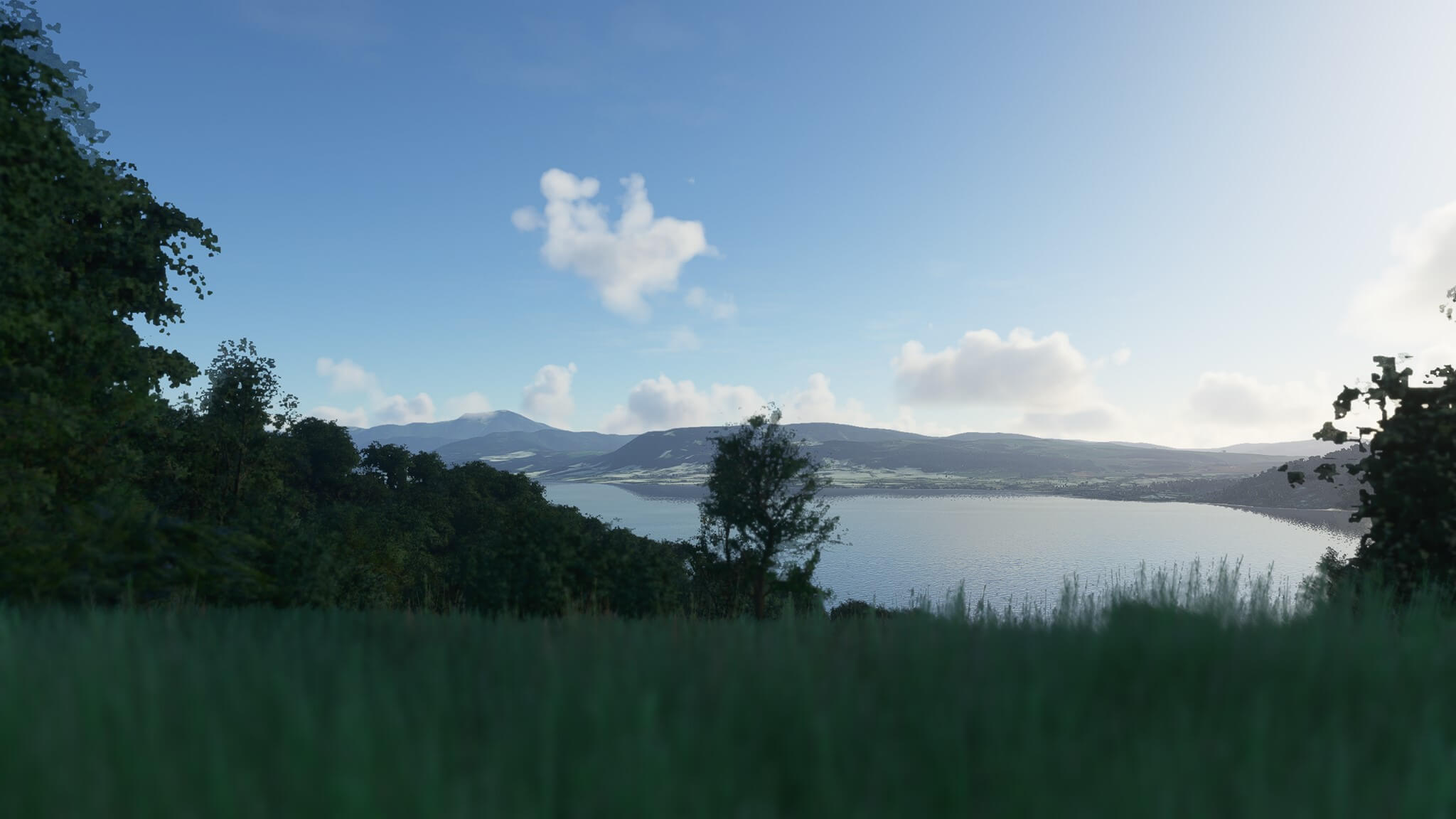 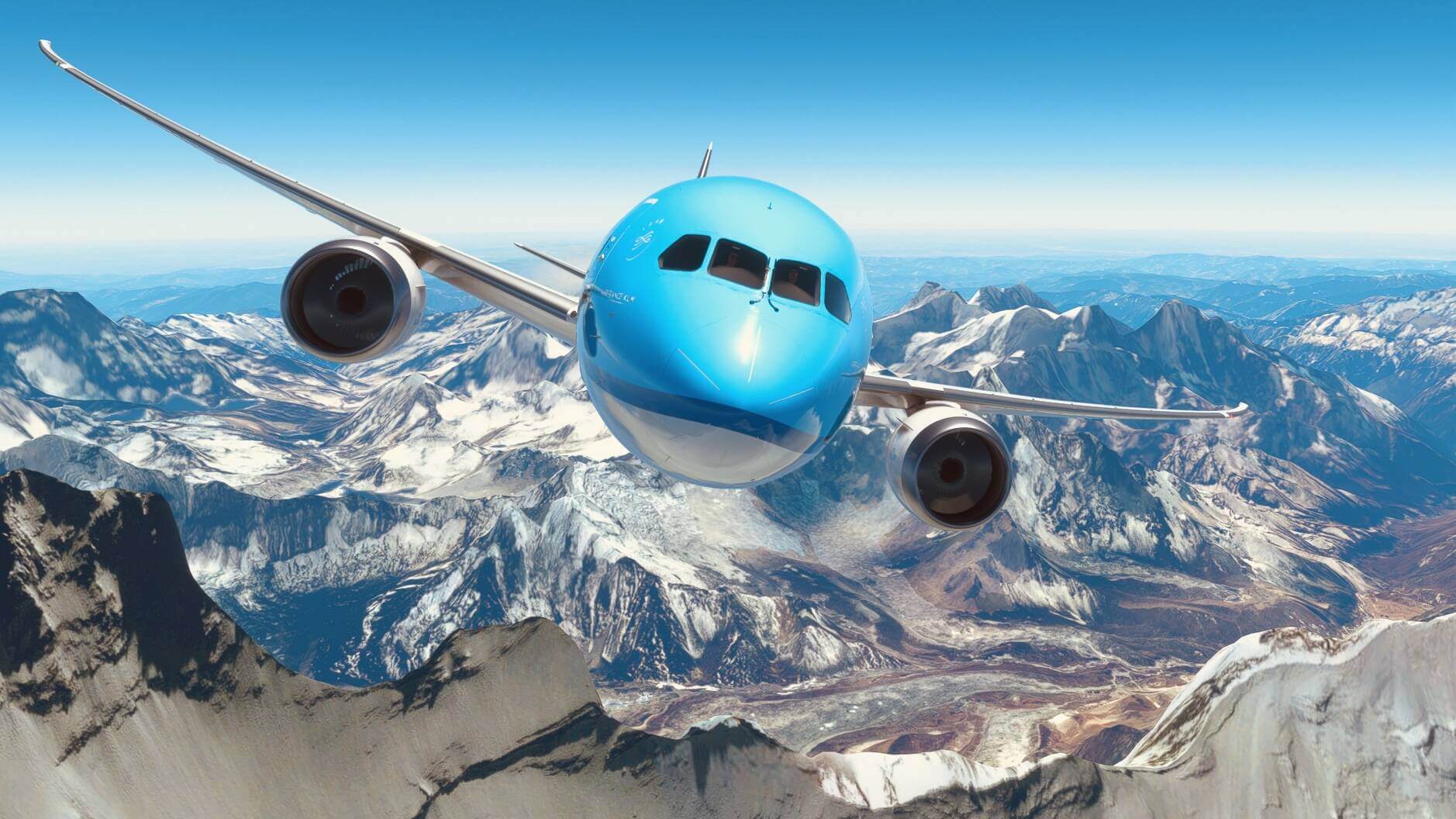 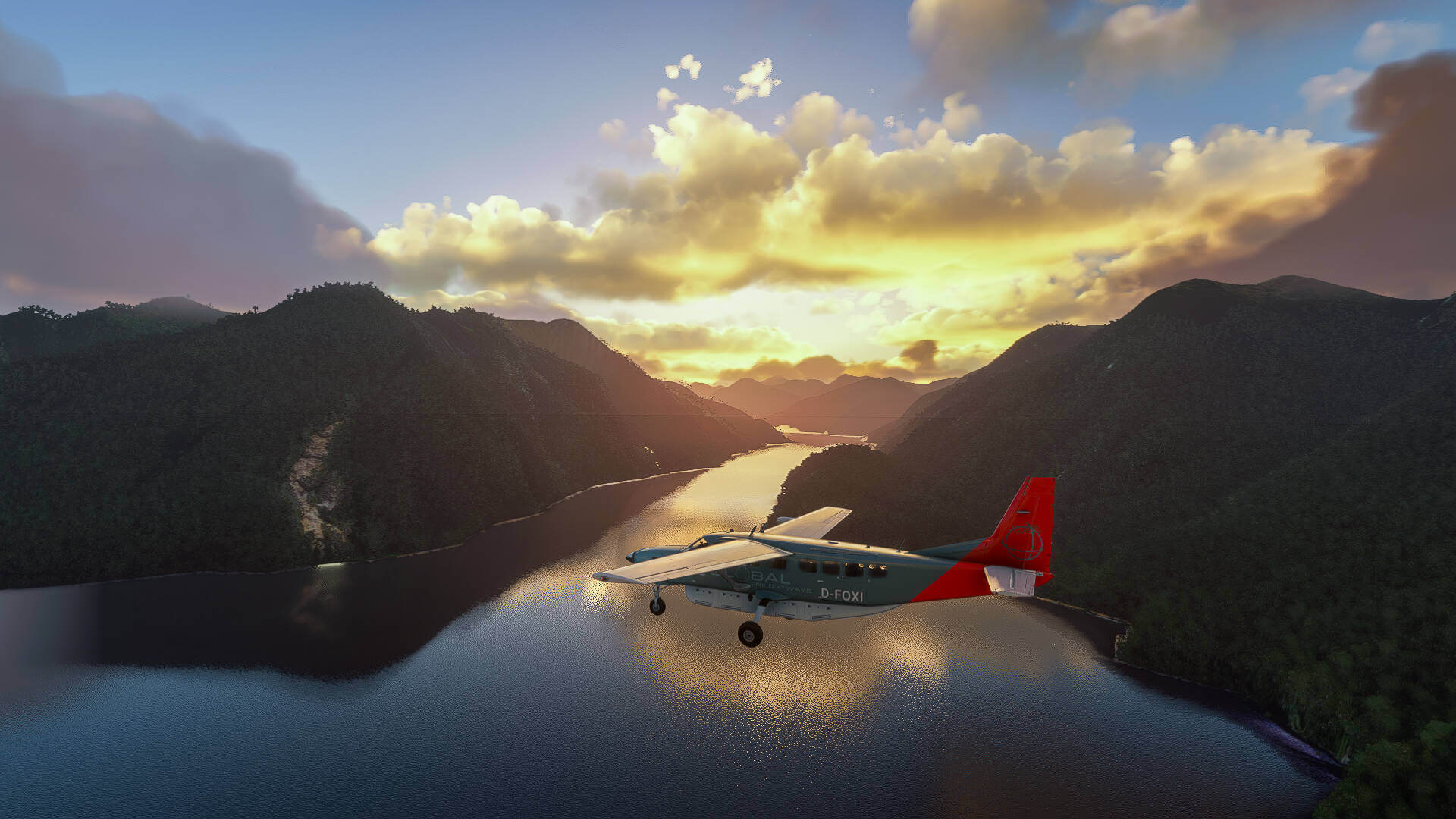 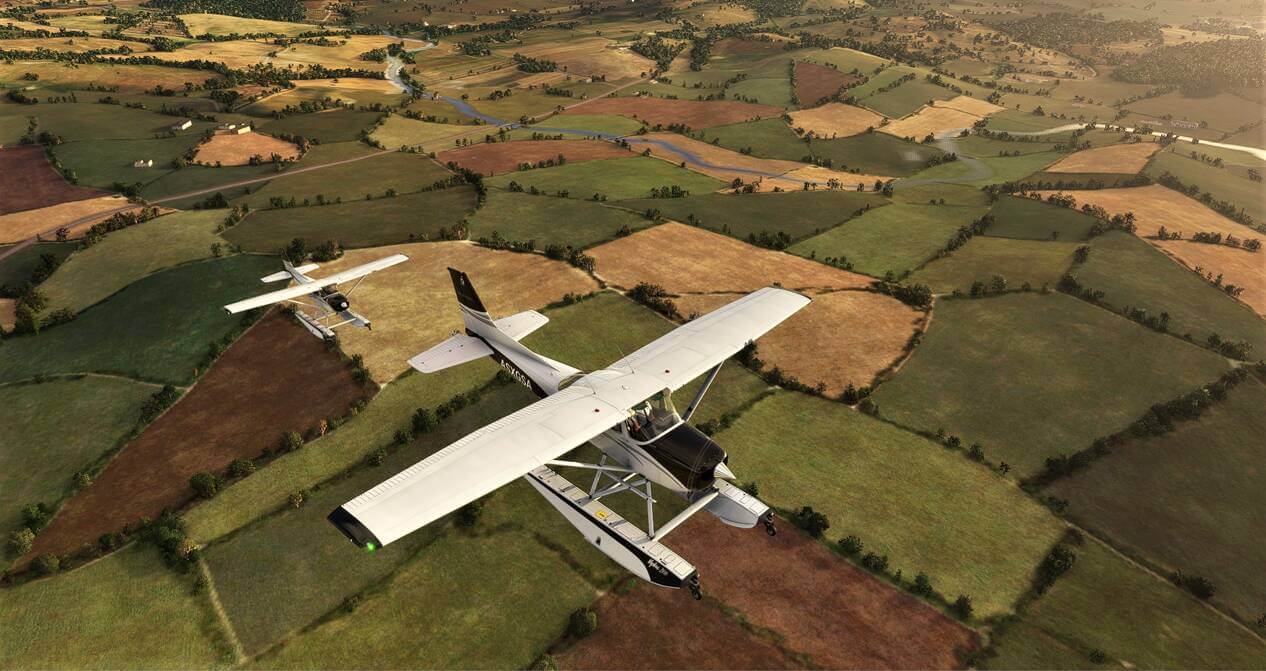