In multiplayer you won’t see each other aircraft properly because FS2020 is either mocking other players aircraft with one from the defaults, or from an optimized pool of generic 3D models (depending on your settings).

With the expected growing list of aircraft available in the Market Place and other online resources, this is depriving the community from the immersion of flying with other aircraft accurately represented, not only from a visual standpoint but also from a practical standpoint.

Let me illustrate the “visual standpoint”: I was at KOAK the other day and I’ve seen 2 SouthWest operated flights on the tarmac which were Beechcraft Bonanza G36… even though I selected the “no substitution” options. I’ve found this rather unexpected for a SouthWest flight departing KOAK.

As for the “practical standpoint”, here are a few example:

Look at the flying MP aircraft in front of the upcoming Milviz Corsair (video starts at 34:30) 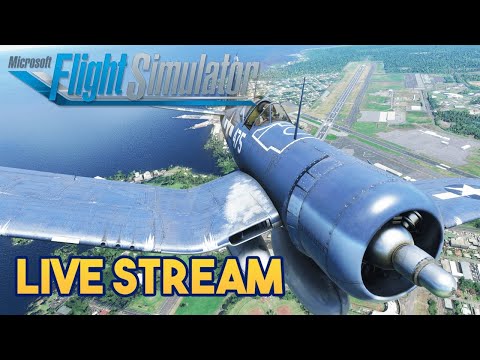 Here is the link to a video showing Mirage 2000 in FS2020. I wouldn’t like seeing a generic Cessna replacing the M2000 flying 1000 kts passing me by and wondering what the heck all these maneuvers: 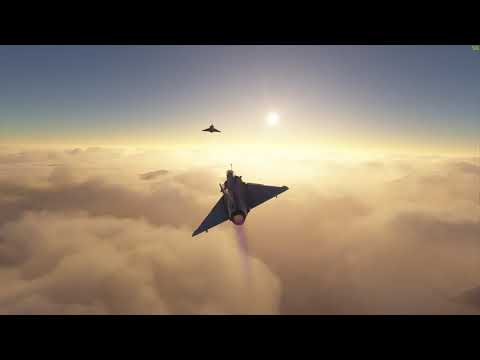 Similarly, if someone is flying an ultra light which is supposed to have higher traffic priority to an airplane, I would like to see it accurately represented so that I can respect procedures in a Vatsim like session or any other Live session for example.

Using Minecraft as an example: when playing on servers the game caches other players skins and capes and you see them in your game exactly like they are expected.

Each 3rd party 3D model should respect a pre-defined naming convention (make / model / etc…) so that it could be replaced locally with a better visual model if any (see point 6).

An additional strategy could be using the MP 3D model up to a distance and then use Asobo generic library of 3D models when farther away (see point 6).

In addition to Asobo growing a list of standard MP 3D models library over time, it shouldn’t preclude other 3rd party from offering their own libraries of generic MP 3D models.

In case of duplicates, a simple selection based on the following priority should be enough:

The discussion brought additional ideas:
Make this an opt-in setting globally, and opt-out setting selectively
Why the MP model must be a mandatory component included with any 3rd party aircraft for this to work.
Why displaying other players actual aircraft and liveries can boost the Market Place sales.

NB: I’m sorry but all the above links are pointing to other posts than intended, because moderators are merging other topics into this one and when they do, this changes original posts numbers, and the links are therefore no longer valid. I’m tired of having to change these manually every time a moderator merges topics and I don’t feel like wanting to change them now once again.

Marketplace aircraft visible for other players?
Database for 3rd party developer aircraft to show in Multiplayer
Addon aircraft and multiplayer commercial!
Model Matching for Custom Airplanes
Make it impossible to spawn on runway in Live mode
Other Aircraft appears as generic
Model matching in sim - NOT Vatsim related
Just one thing that would make a difference
LIVERIES and seeing other planes
Bad model matching (GA): is it just me?
Unowned Aircraft and Liveries should be Syncronized
Liveries and Aircraft Most Used
Please don't stay parked in the middle of runways!
Liveries in Multiplayer - working or FUBAR?
Multiplayer Livery
MS: Please let us cache marketplace models of nearby players
MS: Please let us cache marketplace models of nearby players
Multiplayer Question regarding comms
AI Traffic - Live - United Airline
Surprise for Testers?
Exterior Lights in VR (Own and Other A/c's)
Multiplayer and the drama
I finally found peace
No ai aircraft traffic
Sold dreams (An AI Traffic Rant)
Wrong aircraft model in multiplayer
In-game store airplanes "synced". Thoughts?
Liveries in Community Group Flights - Marketing Hook
In multiplayer planes showing up not as they are said such as f14 tomcat showing up as a cirrus when I fly up next to it
[Model Matching] multiplayer experience getting worse with each new plane/ update
[Model Matching] multiplayer experience getting worse with each new plane/ update
DC-6 Viewable?
"Celebrity" plane spotted in sim (via Live Traffic)
My 2070 SUPER VR settings and suggestion (Reverb G2 - WMR)
My 2070 SUPER VR settings and suggestions (Index - SteamVR) :green_circle:
[BUG LOGGED] Multiplayer Stuttering after world update - Liveries Bug report
Stuttering, Liveries, CTDs, Possible Fixes, Observations
How can we find the stutter reasons
Custom livery in Multiplayer might be the cause of the Stutter
Hype Performance Group & Developer David Amenta - Airbus H135 Helicopter
CSL Updater
Skipped frames / frame drops in VR
Live VS All Players
IridiumFlare775 September 15, 2020, 11:57pm #39

I just got back into Flight Sim. I used to fly in FSX daily and would fly with my friends for hours. Granted that was 9 years ago… but that is where the problem started.

Back then my friends and I would search the web for freeware aircraft and vehicles. We stumbled upon hundreds of different things. Of course we would share the files so that everyone will see the plane as well.

Now a decade later we have the same problem… I need to send everyone the freeware files so that others see my liveries and planes. This games already streams so much data I feel like they could have at least shared the Plane models and textures in multiplayer as well. I would like and option where the game may load longer to download other players’ Planes.

Now I guess I can understand the difficulty with 3rd party aircraft not in the marketplace, but I can’t even see my friends’ 787 since I didn’t buy the game and only have the gamepass. For me they are a generic plane floating a few feet above the taxiway…

At least add a way to Stream the Liveries and Marketplace Planes to other players so that I can see their planes and liveries correctly.

1 Like
Multiplayer: display other players actual aircraft 3D models and liveries around you
Severeeno October 12, 2020, 11:04pm #41 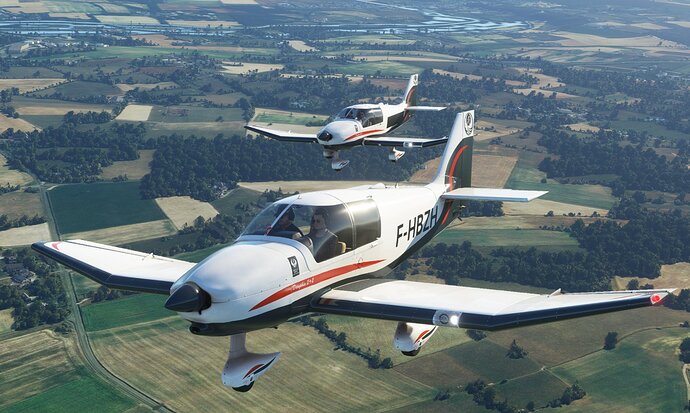 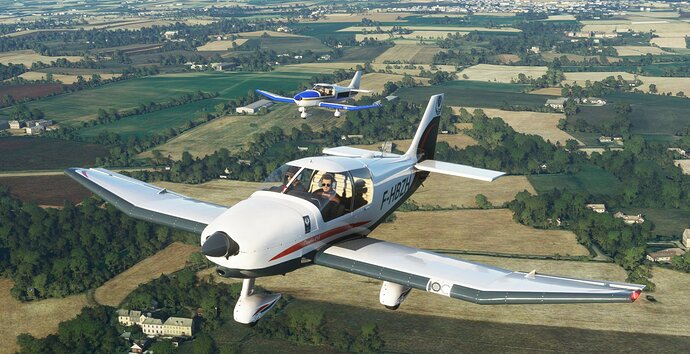